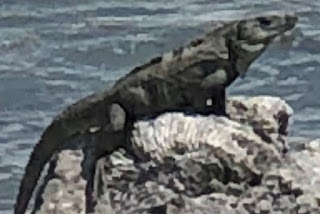 And now about events . . . and transitions!

Since transitions seem to be almost minute by minute, I wanted to write again about that topic.  Bridges’ work is based on organizational change, while another of my favorite transition models (Schlossberg’s Transition Theory) works best for individuals.

I have experienced significant “aha” moments with both Bridges and Schlossberg.  I know I know – others might have grasped these thoughts intuitively.  For me, how Schlossberg describes “events” and “non events” and their impact was a light bulb moment for me.

Schlossberg talks about transitions in relation to events – things that we expect to happen and do happen.  In other words, they are transitions from events that occur predictably.  For example, graduating college, getting a job, marrying, having children, getting promotions, and such.  There are also unanticipated events that lead to transitions.  These unanticipated events are not predictable or scheduled, such as divorce or job loss.

But she also talks about transitions related to “non events” which are those things we expect to happen but do not – such as not getting married, not getting a promotion and so on.  In other words, non event transitions are expected but do not occur, such as failure to be admitted to medical school. These non events may be related to individual aspiration or a ripple (due to someone else or another event).

Ok all of this sounds a bit theoretical (but I did say it was a theory right?)

When I thought about it, though, I realized that non events have had a major impact on my career.  In fact, I would probably say that, in some ways, non events triggered most of my major career decisions.

What about you?  What is the relationship between event and non events in your career?   Thoughts by Dr. Connie 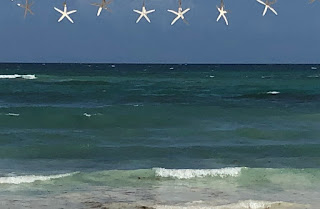 I was reflecting on a transition recently.  Probably one of the most meaningful books about transition are those by William Bridges.  While he is writing about organizational change, his thoughts make so much sense for us career coaches.

I appreciate Bridges' simplicity.  He makes an important point:  Change is fast but TRANSITION is slow.  He writes that change happens whether people transition or not.  Transition, however, is about people -- how they are responding and dealing with the newness and its impacts.

Ok,  All that makes sense, but now let's look deeper at Bridges' model.  Change and transition begin with an ENDING.  Something is stopping.  That is the start point.

As we move through various emotions and realizations, we begin that slow process of transition.  Our next anchor in the model is called the "Neutral zone" which is sometimes pictured as a cloud. And cloud-like the neutral zone is!  It is a place where we have begun to release what was (honoring the ending perhaps) but yet we either do not know or have yet accepted what will be.  We have moved from denial or anger to a kind of "nothing-ness" emotionally -- an ambivalence.

Far off, not yet real, not yet believed is "the new."  But it is at the neutral zone where we turn to that new and begin the journey to embrace it.  Transitions, my friends, are happening.

Bridges' makes it simple to understand, but do not underestimate the difficulty we all face during change.       Thoughts by Dr. Connie

Posted by Dr. Constance J Pritchard at 8:08 AM No comments: